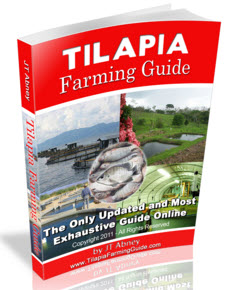 The subclass Branchiura comprises just four genera placed in a single family, the Argulidae, and about 175 species.

Branchiuran fish lice have flattened bodies, which have a low profile when attached to their hosts. The body comprises a head of five limb-bearing segments and a short trunk divided into a thoracic region, carrying four pairs of strong swimming legs and a short, unsegmented abdomen. The head has well-developed carapace lobes, which are posterior extensions of the dorsal head shield that mostly cover the legs on both sides of the body and may extend further to cover the abdomen. These carapace lobes contain the highly branched gut caecae and have two specialized areas ventrally, which are traditionally referred to as "respiratory areas," but appear to be involved in regulating the internal body fluids. Anteriorly, on the ventral surface of the head lie the short antennules and antennae. Both are provided with claws and are important organs of attachment to the host. The distal segments of the antennules are sensory and carry arrays of short setae.

Branchiurans have a tubular sucking mouth equipped with rasping mandibles located at the tip of the mouth tube. In Argulus there is a retractable poison stylet located just in front of the mouth. This stylet is absent in Chonopeltis and Diptero-peltis. The maxillules are developed into powerful muscular suckers in the adults of all genera, except Dolops, which retains long clawed maxillules into the adult phase. The maxillae are uniramous (one branched) limbs with spinous (spine-like) processes on the basal segments and small claws at the tip. The four pairs of thoracic swimming legs are bi-ramous and directed laterally. The first and second legs commonly carry an additional process, the flagellum, originating near the base of the exopod. The third and fourth legs are usually modified in the male and are used for transferring sperm to the female during mating. The abdomen contains the paired testes in the male and, in the female, the paired seminal receptacles, where sperm are stored until needed to fertilize eggs. The abdomen terminates in paired abdominal lobes separated by the median anal cleft, in which lies the anus and the minute paired caudal rami.

Branchiurans are ectoparasites of fishes, but are occasionally reported from the tadpoles of amphibians. They live mainly in freshwater habitats, both running and static water, and may occur at high density in artificial water bodies such as reservoirs, ornamental fishponds, and fish farms. A few species of Argulus infest estuarine and coastal marine fishes, but they do not occur in oceanic waters.

Only the behavior of Argulus is well known; little is known of the other genera. After taking a meal, a mature female Ar-gulus will leave its host and begin to lay eggs in rows on any hard, submerged surface. The eggs are cemented to the substrate and abandoned. These eggs hatch into free-swimming larvae equipped with setose (bristly) swimming antennae and mandibles and rudiments of the maxillules, maxillae, and first two pairs of swimming legs. These larvae function as a dispersal phase and molt into the second stage, in which strong claws have replaced the setae on the antenna and the setose palp of the mandible is lost. Branchiurans are parasitic from the second stage onwards, but appear to leave the host and then find a new host at intervals throughout development. Changes during the larval phase are gradual, mainly involving the development of the thoracic legs and reproductive organs, except for the maxillule, which undergoes a metamorphosis around stage five, changing from a long limb bearing a powerful distal claw to a powerful circular sucker. This is one of the most remarkable transformations known for any arthropod limb.

Branchiurans attach to the skin of their fish host and feed on its blood and external tissues. They have rasping mandibles, which scrape tissues into the opening at the tip of the tubular sucking mouth. In Argulus, the poison stylet is used to inject a secretion into the host. The secretion may contain digestive enzymes to begin to break up host tissues before ingestion. Paired labial stylets, lying within the opening of the mouth tube, are also secretory and may produce secretions with a similar pre-digestive function. Host blood is also taken and is digested within paired, lobate gut caecae that lie within the carapace lobes.

The sexes are separate and, in most branchiurans, males transfer sperm directly to the females using a variety of structures on the third and fourth thoracic legs. In Dolops, however, sperm are transferred in chitinous packages called spermatophores.

No species are listed by the IUCN.

Diabetes is a disease that affects the way your body uses food. Normally, your body converts sugars, starches and other foods into a form of sugar called glucose. Your body uses glucose for fuel. The cells receive the glucose through the bloodstream. They then use insulin a hormone made by the pancreas to absorb the glucose, convert it into energy, and either use it or store it for later use. Learn more...