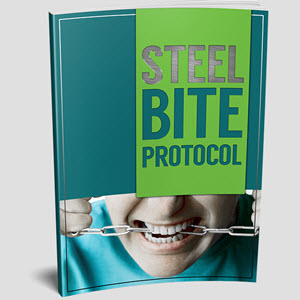 Using the models and your textbook identify and label all of the organs and structures of the digestive system in Figures 20.1, 20.2, and 203.

The oral cavity has as its walls the cheeks, for its roof the anterior hard palate and posterior soft palate, and for its floor muscles of the throat and neck. Hanging from the posterior border of the soft palate is the uvula.

When food is taken into the oral cavity it is broken into smaller particles by the action of the teeth and tongue (mechanical digestion) and then mixed with saliva which begins the process of chemical digestion. Saliva is secreted by three pairs of salivary glands (discussed below).

The teeth from anterior to posterior on each side are two incisors, one cuspid, two premolars (bicuspids), and three molars (including the often extracted third molar or wisdom tooth).

Each tooth is held firmly in place by the periodontal ligaments within the sockets formed by the alveolar processes of the jaw bones. The alveolar processes are covered with gingivae or gums. Each tooth typically consists of three principal portions: the crown is the exposed part of the tooth, the root(s) which extend(s) into the socket, and the neck which connects the crown and the root(s). The bulk of the tooth is composed of a calcified connective tissue called dentin. Within the dentin is a pulp cavity containing pulp with nerves and blood vessels. Narrow extensions of the pulp cavity extend down the root(s). These narrow extensions are the root canals. Dentin is held to the ligaments by cementum, another bone-like substance. A final very hard substance called enamel covers the crown.

The tongue is composed of skeletal muscle covered with mucous membrane. The superior surface of the tongue is covered with numerous papillae (sing. - papilla). These small bumps are classified into three types: filiform, fungiform, and circumvallate. The filiform papillae are located in parallel rows on the anterior two thirds of the tongue. They are whitish, contain no taste buds, and provide some small amount of friction for the movement of food by the tongue. The fungiform papillae are mushroom-shaped (hence their name) and are distributed among the filiform papillae. Most of them contain taste buds. The circumvallate papillae are located in a V-shaped row on the posterior surface of the tongue. All of them contain taste buds.

The parotid salivary glands are located in the cheeks anterior to the ears. Saliva is secreted into ducts which empty into the roof of the mouth from these glands.

The esophagus is a tube extending from the pharynx to the stomach. Food passes through the esophagus by the action of its muscular wall.

The opening into the stomach is through the cardiac valve, a sphincter muscle. The stomach has four regions. The first region, where food enters from the esophagus, is the cardia. The upper, rounded portion to the left of the cardia is the fundus. The bulk of the stomach is the body and the inferior, narrow portion is the pylorus. The food passes into the small intestine through another sphincter muscle, the pyloric valve. The wall of the stomach has many wrinkles, termed rugae (pronounced roo-jee), which assist in the churning of food.

The small intestine is a muscular tube approximately twenty-one feet long. It is divided into three regions: the upper ten inches form the duodenum which joins to the stomach at the pyloric sphincter, the jejunum which accounts for the next eight feet of the intestine, and the final twelve feet, the ileum. (Note the spelling of "ileum": "ilium" is part of the os coxa; "ileum" is a portion of the small intestine.)

Liquids enter the duodenum through ducts from the pancreas, liver, and gall bladder. The pancreas is located posterior to the body of the stomach. It secretes digestive juices which aid in the chemical breakdown of food.

Most food absorbed in the digestive system passes to the liver through the portal vein before moving on to the rest of the body. Carbohydrates, proteins, vitamins, minerals, and other nutrients enter the liver and are either stored, processed, or sent on to the body via the hepatic veins.

Poisons arc detoxified or stored in the liver. Other functions of the liver include the destruction of dead/dying red blood cells (a major component of bile) and the activation of vitamin D.

Each villus contains blood vessels which transport small molecules from the intestine to the liver for processing and a lymph vessel called a lacteal, which transports lipids into the lymphatic system (see chapter thirty).

The ascending colon, the portion into which the ileum empties, ascends up the right side of the abdominal cavity to the liver. The lower end of the ascending colon is the cecum. Extending inferiorly from the cecum is a narrow tube the appendix or vermiform appendix.

The transverse colon crosses the body to the descending colon which descends down the left side of the body to the sigmoid colon. (The Greek letter "sigma" is "S "-shaped, like the colon).

The peritoneum has several divisions. The mesentery contains blood vessels for, and holds the small intestine. The mesocolon performs the same functions for the large intestine.

On the model of the intestinal villus identify: lacteal, mucosa, muscularis, serosa, and submucosa (discussed later).

Carefully open the abdominal cavity of the cat by making two transverse and one longitudinal incision in the shape of a capital "I". Reflect the muscles to examine the digestive system. Do not open the thoracic cavity.

Identify the stomach, small intestine, three parts of the large intestine (the cat does not have a sigmoid colon), rectum, liver, falciform ligament, gall bladder, and the pancreas. (The spleen is also visible, but it is part of the lymphatic system.)

Identify the cardia, fundus, body, and pylorus of the stomach.

Cut the stomach open longitudinally. Note the rugae and the pyloric sphincter.

Remove a two inch section of the jejunum. Slit it open and dispose of the contents. Examine the wall with a magnifying glass for villi.

Cut open the cecum to reveal the ileocecal valve.