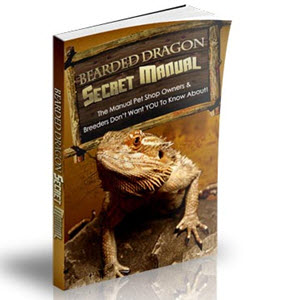 The bearded dragon is a medium-size, grayish to dark gray lizard with splotches of cream.

It is distributed through the central deserts of Australia.

These lizards occur in a variety of habitats, including red sandy deserts and shrub acacia woodlands.

Bearded dragons are semiarboreal, often using perches as basking sites and vantage points. They have a distinctive throat pouch, which is extended in defensive displays, but they do not appear to defend territories.

The average clutch size of 73 females was reported as 7.6 eggs.

Bearded dragons are popular in the pet trade and often are kept and bred in captivity. ♦