Ginseng saponins are structurally near chemical relatives of the antiinflammatory compounds such as steroids and glycyrrhetinic acid from liquorice (Glycyrrhiza glabra L.). It is thus not surprising that antiinflammatory properties have been reported for ginseng extracts and ginseng has been suggested as an ingredient of cosmetic creams with non-allergenic, cutaneous bioactivity for the treatment of wrinkles and eczema. The many recent patent applications involving cosmetic creams, anti-wrinkle creams, acne applications and hair growth preparations with supporting claims of efficacy suggest probable effectiveness (cf Chapter 9). Curri et al. (1986) had reported that ginseng extract applied topically as a phospholipid liposomal formulation produced a favourable effect on skin ageing, moisturisation of the stratum corneum and improved skin elasticity. Saponins of ginseng, the ginsenosides Rb1, Rb2, Rc, Re and Rg 1, as well as 70 per cent methanolic extract of P. ginseng, increased the production of glycosaminoglycans by cultured human skin fibroblasts; ginsenoside Rb2 was particularly effective but the non-saponin fractions had no action (Tanaka et al., 1991). Resultant skin improvement suggested a cosmetic application. Another dermal application of ginseng involved the treatment of the viral conditions herpes labialis (cold sores) and herpes simplex. Ginsenosides of the leaves and stems of P. ginseng, particularly ginsenosides Rb and especially ginsenoside Rb2, were shewn to suppress replication of viruses such as herpes viruses HSV-I and HSV-II, adenovirus-III, etc. Creams containing ginsenosides were tested in vitro and in vivo on herpes labialis induced by HSV-I; the success rate was 87.1 per cent (Li et al., 1992b). Korean red ginseng was formulated as a vasodilator in a cosmetic preparation described as a non-invasive novel method for lip augmentation capable of increasing lip size for up to 4 hours (see Frome, B.M. in Chapter 9).

Ginseng has also been formulated with many other plant materials and some chemical compounds in cosmetic products but there is still need for reliable, unbiased tests proving efficacy. Otherwise many products will continue to be regarded as doubtful placebos.

Whether you call it erectile dysfunction, ED, impotence, or any number of slang terms, erection problems are something many men have to face during the course of their lifetimes. 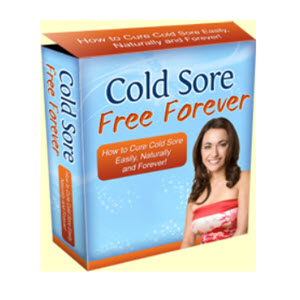