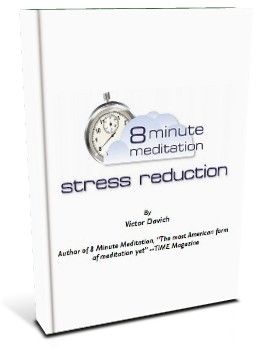 Reactions to stressful situations are a function not only of the severity of the event but also of the physical and psychological makeup of the affected individual. In a longitudinal study of men who had been psychologically examined as college students, those who were diagnosed as "poorly adjusted" were much more likely to become seriously ill and die in middle adulthood than those who had been diagnosed as "well adjusted" (Valliant, 1979). These findings led Valliant to conclude that personality adjustment in young adulthood influences a person's physical health in midlife. Good adjustment and positive mental health appear to slow the physical decline that begins in midlife, whereas poor adjustment hastens it.

Vulnerability to pathogenic agents may be increased by identity disruption, an erosion in a person's identity or sense of self, produced by events that are inconsistent with that identity (Brown & McGill, 1989). Investigations of the connections between personality and physical health have also focused on variables such as hardiness, repression-sensitization, locus of control, and learned helplessness. According to Kobasa (1979), hardiness, the ability to withstand stress and remain healthy in the face of it, consists of three characteristics: commitment, control, and challenge. Commitment consists of a clear sense of purpose, involvement with other people, and the ability to recognize one's goals, priorities, and values. Control is concerned with the ability to select a course of action, to incorporate external events into a dynamic life plan, and to be motivated to achieve. Challenge is a feeling that change is positive and that one has an opportunity to integrate his or her life goals into new situations. Kobasa, Maddi, and Kahn (1982) found that, compared with those having a high incidence of physical illness, individuals with a low incidence of physical illness scored higher on measures of all three components of hardiness.

Several cognitive models of adaptation and coping with stress have been proposed. These models postulate different cognitive strategies that may be preferred by people with different personalities. An earlier model of this sort is Byrne's (1961) repression-sensitization conception of a continuum representing different responses to stress. Information-avoidance behaviors are at the repression end of the continuum, and information-seeking behaviors at the sensitization end.

Another cognitive model of coping is Folkman and Lazarus's (1980) distinction between problem-focused and emotion-focused strategies. A problem-focused strategy consists of obtaining additional information to actively change a stressful situation, whereas an emotion-focused strategy is concerned with employing behavioral or cognitive techniques to manage the emotional tension produced by stressful situations. Rather than focusing on one strategy, most people employ a combination of the two. Although Folk-man, Lazarus, Pimley, and Novacek (1987) found no sex differences in the use of the two strategies, there were some age differences. Younger adults preferred more problem-focused forms of coping (confrontation, planning, seeking social support), whereas older adults preferred more emotion-focused forms (e.g., distancing, accepting responsibility, positive reappraisal).

Lazarus and Folkman (1984) maintained that the perception of potentially stressful events involves both primary and secondary appraisal processes. Primary appraisal is the process of determining whether an event is stressful, and secondary appraisal involves adapting to the stressful event by identifying one's coping resources and determining the costs of using them. Secondary appraisal is presumably influenced by a personality characteristic that Rotter (1966) labeled locus of control. Locus of control is a cognitive-perceptual style characterized by the typical direction from which people perceive themselves as being controlled—"internal" (from within oneself, by oneself) or "external" (outside oneself, by other people). A person with an internal locus of control believes that he or she can control his or her own life, whereas a person with an external locus of control believes that his or her life is controlled by fate, luck, or other external forces.

Whether a person feels in control and believes that his or her actions are effective is influenced by experiences in which the person's continuing efforts were successful or unsuccessful. Unsuccessful attempts to cope with stress can lead to an acquired perception that one has no influence or control over external events, a phenomenon referred to as learned helplessness and characterized by defeatism, apathy, and depression (Seligman, 1992). Unhappy With Your Current Situation? Follow The Principles Within This New audio series and Guide and Create True Happiness Everyday Of Your Life. Download To Discover How To Live A More Fulfilling And Happy Life Starting Today.