The Ultimate Guide To Raising Parrots 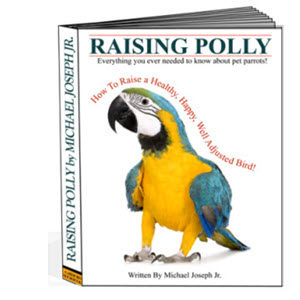 Avian models for learning and neuroregeneration Small songbirds, including canaries, zebra finches, and sparrows, as well as small parrots and pigeons, have been used for decades in neurobiology, particularly in studies of song learning and reproductive and courtship behavior. More recently, these laboratory bird models have also become the focus of research on the potential for regeneration of certain brain regions. Male canaries normally change their songs each new breeding season as they come into reproductive readiness. This seasonal change is correlated with the death and subsequent regrowth of neurons located in song centers in the brain (see, for example, Kim et al., 1994; Nottebohm et al., 1994; Doetsch and Scharff, 2001). This type of adult neurogenesis has no direct counterpart in laboratory rodent neurobiological models. Studies of the molecular basis of avian neuroregeneration could be critically important for expanding the potential for therapeutic brain repair in humans.

The potential for neuroregeneration has also been demonstrated in other bird models. Japanese quail have been shown to exhibit a reduction in ganglion cells during aging (Ryals and Westbrook, 1988). Interestingly, however, quail retain the ability to regenerate hair cells in the inner ear, even after damage that has been inflicted throughout the life span (Ryals and Westbrook, 1990, 1994). Furthermore, selected brain regions show an age-related decline in neurogenesis in aging male quail (Lauay et al., unpublished data).

Other promising domestic avian laboratory models Longer-lived, non-galliform bird models are also poised for development for comparative aging studies. These include small domestic cage birds, like the budgerigar (Melopsittacus undulatus) (a small parrot with a maximum life span >20 years). There is a great deal of clinical veterinary information available for small parrots, captive husbandry practices are well established, and maintenance costs are comparable to those for laboratory rodents. We (in collaboration with Steven Austad) have found budgies to be economical and feasible laboratory animals for aging studies. We have used these birds, as well as quail, in comparative studies of cellular resistance to oxidative damage (Ogburn et al., 1988, 2001).

In earlier reviews we have evaluated several other domestic birds with special potential as new laboratory models for aging studies, including small finches, pigeons, and sparrows (Table 30.4; Holmes and Austad, 1995a; Holmes and Ottinger, 2003; see also Austad, 1997). The most promising avian laboratory models are rodent-sized, outbred, relatively long-lived species which are commercially available. They are also economical to maintain and breed, and have husbandry practices which are well established. They include popular pet birds, like budgerigars (order Psittaciformes; maximum life span 20 years), canaries and zebra finches (order Fringillidae; maximum life span 25 and 9 years, respectively). Lifetime energy expenditures for all these birds exceed those of comparably-sized rodents. The lifetime oxidative liability of the 15-g zebra finch, for example, has been calculated at about twice that of humans. The white-crowned sparrow, a migratory North American songbird, is also a good laboratory bird model, and has been used for years in studies of neuroethology, migration, nutrition and physiology (see, for example, Murphy and King, 1990).

Wild birds in nature, as well as more traditional domestic laboratory birds, have a great deal of potential for aging studies. Field biologists have now been banding and gathering data on wild bird populations for decades, generating a wealth of information relevant to the basic biology of aging, including evolutionary aging and life-history theory. Mark-recapture studies have now accumulated decades worth of demographic data for many other wild bird species, and the quality of much of these data is excellent (see, for example, Newton, 1989). Bird studies have other advantages for studies of aging and life-history trade-offs: because birds lay eggs, the effect of reproductive investment on subsequent aging can be experimentally manipulated by transferring or removing eggs or nestlings.

Changes in mortality rates and reproductive success consistent with aging have been documented for many bird populations (Holmes and Austad, 1995; Holmes et al., 2001). Other indications of avian aging in the wild include higher parasite loads in older birds, as well as reduced fitness of offspring produced by aging parents.

Your heart pumps blood throughout your body using a network of tubing called arteries and capillaries which return the blood back to your heart via your veins. Blood pressure is the force of the blood pushing against the walls of your arteries as your heart beats.Learn more...