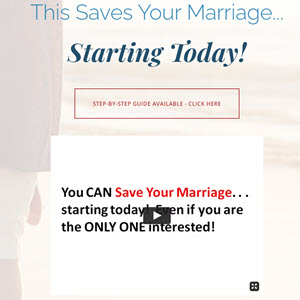 RATES. Two basic measures of marriage and divorce are based on events occurring in a calendar year as captured by vital statistics. The marriage rate is measured as the number of marriages in a year per 1,000 population. The divorce rate is measured as the number of divorces in a year per 1,000 population. These rates present snapshots of marital events, which can be compared across years to see if the events of marriage and divorce are taking place at a faster or slower rate than in the past and compared across countries to answer the same questions. These crude rates are sensitive to differences in the characteristics of the populations being compared, which limits their utility.

SINGuLATE MEAN AGE AT MARRIAGE. The SMAM is the mean age at first marriage for a cohort of women or men who marry by age 50, which can be computed from information on current marital status in a single census or survey. It requires only a census tabulation of marital status by age, making it the only measure of marriage age available in many historical populations. The SMAM calculated in this way assumes that marriage rates have been constant over time and that only negligible differences exist in mortality or migration rates by marital status. In situations in which these assumptions seem reasonable, the SMAM offers an acceptable summary measure of marriage age (Preston, Heuveline, and Guillot 2001). It is analogous in concept and methodology to the total fertility rate.

MARITAL HISTORY LIFE TABLES. Marriage and divorce can be studied using life table techniques (Preston, Heuveline, and Guillot 2001). If research questions are addressed to surviving members of a cohort, first marriage can be treated as a single-decrement process, with marriage the only mode of leaving the never-married state. Similar life tables can be created for all married members of a cohort, with marital disruption as the only mode of leaving the married state. If surviving members of a cohort faced different probabilities of marriage (or divorce) than those who died, these life-table estimates would not represent the experience of all members of a cohort that began life at age zero, or of all who survived to age 20, or of all whom ever married. For many purposes, the biases are small and unavoidable, since the only information available comes from retrospective reports from surviving members of the cohort (Preston, Heuveline, and Guillot, 2001).

probability of marriage and divorce. Annual rates tell us little about the chances that a person will marry eventually or the chances that a person who marries will divorce or separate. Estimates of lifetime chances, if estimated directly from the experiences of members of a birth cohort, require longitudinal data covering many years, which are rarely available and are out of date by the time they are available. For these reasons, estimates of the lifetime probability of marriage or divorce usually rely upon life-table methods and retrospective information on marital histories, often from a single survey. Martin and Bumpass (1989) used these methods to estimate the proportion of women in various marriage cohorts who will divorce or separate within 40 years of the marriage. They estimated period rates of disruption by using the most recent marriage cohort to complete a given year of duration since marriage as of the survey date. This provided observations of the risk of marital disruption at each marital duration for each year between the wedding and the 40th anniversary, conditional on being married at the start of the specific duration. These duration-specific rates were then combined using life-table methods to give the cumulative proportion of marriages expected to remain intact to specific durations. Martin and Bumpass (1989) estimated these survival rates separately for first, second, and third marriages. Goldstein and Kenney (2001) used forecasting models developed by Coale and McNeil (1972) and by Hernes (1972) to estimate the proportion of birth cohorts of women who will eventually marry by education and race.

Improving Your Marriage To Newlyweds Again

Is Your Marriage Less Than What You Expected It To Be? Have You Ever Wished You Could Feel The Way You Did When You Were Newlyweds? Dont Worry, Were Here To Help! You Can Bring Your Marriage Back To Newlyweds Again! Just By Simply Reading This Easy Step-By-Step E-Book That All Married Couples Should Have