The Virus and Its Diseases

Varicella-zoster virus (VZV) is the etiologic agent of varicella and zoster. Varicella is the primary infection, and zoster is due to reactivation of latent VZV acquired during chickenpox. Each disease is characterized by a macu-lopapular and vesicular skin eruption, which in varicella is generalized, and in zoster is unilateral and usually localized. Varicella is often mild and uncomplicated in otherwise healthy children, but it may unpredictably be associated with significant morbidity and even mortality. In the United States, in the pre-vaccine era, there were about 100 annual deaths from varicella and 11,000 hospitalizations [1]. Most deaths from varicella occurred in individuals who were healthy before contracting varicella. The risk of developing zoster is increased in the immunocompromised and the elderly, and zoster may be severe but is rarely fatal.

A live attenuated varicella vaccine, the Oka strain, was developed in Japan in the early 1970s [2]. This vaccine is now available worldwide. The most extensive published experience with varicella vaccine comes from the United States, where it was licensed in 1995 for routine use in healthy susceptible individuals over the age of 1 year [1]. The vaccine is extremely safe [3, 4]. The main adverse effects in healthy persons are both mild and transient: fever and a sore arm in less than 50%, and a very mild rash in about 5%, usually occurring a month after immunization [5]. VZV antibodies are demonstrable after about 2 weeks. In the United States, the epidemiology of varicella is changing, with a decreased incidence of chicken-pox in both the vaccinated and the unvaccinated [6].

Transmission of the Oka strain from healthy vaccinees with rash to other susceptibles is extremely rare. It has been reported only on four occasions, although over 30 million doses have been distributed in the United States alone. There is no clinical evidence of reversion of the vaccine strain to virulence. Contact cases are usually very mild or even subclinical [4, 7]. There are many mutations in the vaccine compared to the parental viral strains, although which are responsible for attenuation is unknown [8-10]. Although a few cases of immunodeficiency have been unmasked by complications following varicella vaccination, there have been no reported fatalities from the Oka varicella strain [4].

In the United States, contraindications to varicella vaccine include pregnancy, allergy to vaccine components, and immunodeficiency. Children receiving steroids at a dose of 2mg/kg/day of prednisone or greater (or of its equivalent) should not be immunized. It is safe to immunize HIV-infected children, as long as their levels of CD4 lymphocytes are relatively well-preserved [11]. Healthy persons who have close contact with susceptible individuals who are at high risk to develop severe varicella, such as pregnant women and children with malignant disease, should be immunized to protect them because transmission of vaccine is rare. The vaccine has been shown to be cost effective in the United States and abroad [12-17].

Efficacy and Effectiveness of the Vaccine

Studies in vaccinated leukemic children showed not only that the vaccine was safe but also that it was highly protective against varicella [18]. About 85% of vaccinated leukemic children were completely protected against varicella after household exposure, and those who developed breakthrough infection had mild infections. Early studies in healthy children indicated a similar degree of protection [19].

Two double-blind placebo controlled studies in healthy children were conducted, indicating protection of about 90% [20-22]. Better protection resulted from higher doses (roughly 3,000 plaque forming units {pfus} vs. 10,000 pfus per dose). A post-licensure case-control effectiveness study in healthy children indicated that the vaccine in the United States is about 85% effective in preventing varicella [23]. The best evidence of protection from varicella vaccine, however, is the reported decline in disease since 1995, in the United States [6].

Does Immunity to Varicella Wane with Time after Immunization?

There are two types of vaccine failure, primary and secondary. Primary vaccine failure means there is no immune response to a vaccine. When a positive immune response after vaccination is lost with time, secondary vaccine failure has occurred. There is little evidence for secondary vaccine failure after immunization of healthy children with the Oka vaccine. Persistence of VZV antibodies and cellular immunity for up to 20 years after vaccination has been reported [24-26]. Studies involving over 400 vaccinated adults for up to 20 years revealed no decrease in immunity to varicella with time. It is disquieting, however, that about 10% of children may develop a modified form of varicella despite vaccination. In some studies, the breakthrough rate of varicella ranged between 18 and 34% [27-30].

Outbreaks of varicella in young vaccinated children have recently been reported in the United States [31-33]. There are a number of possible explanations for these outbreaks. Improper storage of this labile vaccine may account for primary vaccine failure in some children. The ability to mount a protective immune response may be impaired in children with asthma [34]. Children immunized at less than 14 months old may have higher rates of breakthrough varicella than those immunized when they were older [31, 32]. When varicella vaccine is administered less than 1 month after another live vaccine, the incidence of breakthrough varicella increases [35]. A recent outbreak of varicella in a day care center in New Hampshire identified an interval of over 3 years since vaccination as the only significant risk for developing breakthrough disease [33]. This small study is the only one that suggests that waning immunity may be a factor in breakthrough disease. However, the children involved were very young, and the age at vaccination could also have been a factor. Continued investigations are necessary to determine whether waning immunity is significant in developing breakthrough disease.

Zoster: Effects and Potential Effects on Its Incidence in the Vaccine Era

In immunocompromised vaccines, the incidence of zoster was lower than after natural infection [25]. Therefore vaccination may also be protective against zoster in healthy children. Less than 50 cases of zoster have been reported after distribution of over 30 million doses of vaccine between 1995 and 2002 in the United States [4].

Recently, it has been proposed that exposure to varicella is protective against zoster, and there is concern that zoster may become more common as the incidence of varicella decreases in a population. Studies in vaccinated leukemic children with either household exposure and/or additional doses of varicella vaccine correlated with a lower incidence of zoster than one dose of vaccine [38]. A recent case-control study indicated that following natural varicella, there is a lower incidence of zoster in individuals who have exposures to children with VZV infections in comparison to those who do not [39]. It has been projected that an epidemic of zoster with accompanying significant mortality will occur in countries where varicella vaccination is routine [40]. These observations, even though theoretical, have led to reluctance to use varicella vaccine routinely in some countries. Since the possibility has been raised, it will be important to study the situation further.

38 Gershon A, LaRussa P, et al: The protective effect of immunologic boosting against zoster: an analysis in leukemic children who were vaccinated against chickenpox. J Infect Dis 1996;173:450-453.

39 Thomas S, Wheeler J, et al: Contacts with varicella or with children and protection against herpes zoster in adults: a case-control study. Lancet 2002;360:678-682.

Finally! You Can Put All Your Worries To Rest! You Can Now Instantly Learn Some Little-Known But Highly Effective Tips For Successful Single Parenting! Understand Your Role As A Single Motherfather, And Learn How To Give Your Child The Love Of Both Parents Single Handedly. 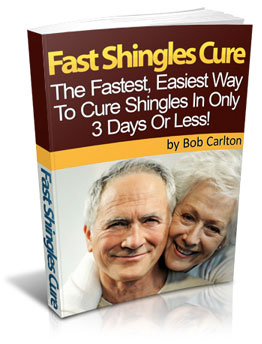