Power and Influence in Political Markets 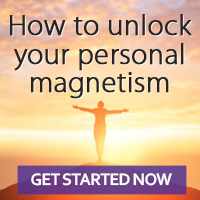 Influence in political markets, just as in private economic markets, is "simply the process by which people successfully persuade others to follow their advice, suggestion, or order" (Keys and Case 1990, 38). But to have influence, one must also have power. Power, in the context of market relationships and exchanges, whether in economic or political markets, is the potential to exert influence. More power means more potential to influence others. Therefore, an understanding of influence requires an understanding of power.

Those who wish to exert influence in the political marketplace must first acquire power, using the various sources ofsuch power that might be available to them (Alexander and Morlock 1997). The classic scheme for categorizing the sources or bases of interpersonal power includes legitimate, reward, coercive, expert, and referent power (French and Raven 1959). Several of these bases of interpersonal power have direct application to the issue of the power of individuals, organizations, and interest groups in political markets.

Legitimate power, for example, derives from relative position in a social system or in an organization or group; this form of power is also called formal power or authority. It exists because it is advantageous to assign or ascribe certain powers to individuals, organizations, or groups for them to be able to fulfill their duties or to perform their work effectively. Thus, elected officials, appointed executives, and judges, as well as health professionals, corporation executives, union leaders, and many other individual participants in the political marketplace possess certain legitimate power that accompanies their social or organizational positions. Similarly, certain organizations and interest groups, including both suppliers and demanders ofpolicies, possess legitimate or formal power. That is, they can exert influence in the policymaking process because they are recognized as legitimate in the process.

Reward power is based on the ability of one person, organization, or group to reward others when they comply with preferences regarding decisions and actions. Reward power stems in part from the legitimate power a person, organization, or group holds. Reward power comes in many forms. Within organizations, it includes the obvious: pay increases, promotions, work and vacation schedules, recognition ofaccomplishments, and such status symbols or perks as club memberships and office size and location. In economic markets, reward power lies in the hands of consumers by virtue of their buying power. In political markets, reward power is more likely to come in the form of such political capital as favors that can be provided or exchanged, specific influence with particular individuals or groups, and whatever influence can be stored for later use. Coercive power is the opposite of reward power and is based on the capacity to withhold or to prevent someone from obtaining desired rewards.

Expert power, which tends to reside in individuals more so than the other sources of power, but which can also reside in a group or organization, derives from possessing expertise valued within the political marketplace, such as expertise in solving problems or performing crucial tasks. People with expert power often occupy formal positions of authority in organizations or groups, which transfers some of the expert power to that organization or group. People with expert power that can be exercised in the policymaking arena may also be trusted advisers or associates of other participants in the political marketplace.

Referent power derives from the fact that some people, organizations, and interest groups engender admiration, loyalty, and emulation from others to such an extent that they gain power to exert influence as a result. In the marketplace for policies, this form of power, when it pertains to individuals, is called charismatic power. Charismatic power usually belongs to a select few people, who typically have very strong convictions about the correctness of their preferences and great self-confidence in their own abilities and who are widely perceived to be legitimate agents of change. It is rare for a person, organization, or interest group to be able to gain sufficient power to heavily influence policymaking simply from referent or charismatic power, even in political markets where charisma is highly valued. But it can certainly give the other sources of power in the political marketplace a boost.

Importantly, for the use of power and for understanding its impact, these bases of power in the political marketplace are interdependent. They can and do at times complement or conflict with each other. For example, people, organizations, or groups that are in a position to use reward power and who do so wisely can strengthen their referent power. Conversely, those who abuse coercive power might quickly weaken or lose their referent power. Effective participants in the marketplace for policies—those individuals, organizations, and groups that succeed at translating their power into influence—tend to be fully aware of the sources of their power and to act accordingly. They seem to understand intuitively the costs and benefits associated with using each kind of power they possess and can draw on them appropriately in different situations and with various people they wish to influence.

The Power Of Charisma