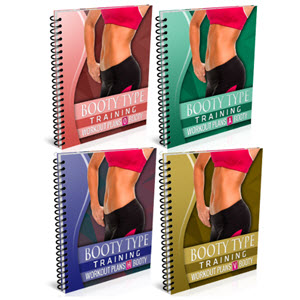 Definition Length of the supine body.

Landmarks Measure from the top of the head to the sole of the foot with the patient lying on the back with hips and knees extended (Fig. 4.1a, b).

Instruments Ideally, measuring table with engraved measurements, a firm headblock, and a moveable footblock (Fig. 4.1a).

Figure 4.1 Measuring a child less than two years old with a measuring table (a) or tape-measure (b).

the other hand. The top of the head of the patient should be placed against the headboard, eyes looking upward. The ideal head position is with the Frankfort horizontal position held in a vertical plane (i.e., the lower edge of the bony orbit and the upper margin of the external opening of the auditory canal of the ear are in the same vertical plane). The legs, or at least one leg, should be straightened, the ankle at a right angle to the leg with the toes pointing upward. The moveable footboard should be brought in direct contact with the sole of the foot and the measurement read.

Alternatives A less accurate way, when a measuring table is not available, is to mark the sheet or the paper on which the child is lying above the child's head and at the foot, after stretching the patient out. Remove the patient, and measure the distance on the paper or sheet between the markings.

Alternatively, a tape-measure can be placed under the child who is positioned supine on top of or beside the tape (Fig. 4.1b).

Remarks Ideally each measurement should be taken at least twice. The patient should be repositioned between measurements. The experience in clinics dealing with growth problems has shown this to be necessary to obtain accurate measurements of height and length. Measurements in the age group birth to two years are difficult to obtain because the children are sometimes not very cooperative. Thus the measurements may be less accurate in general.

To determine if babies born prematurely are small for their age, adjustment of their stated age has to be made (the number of weeks they were born prematurely is subtracted from their postnatal age, and the measurement is compared to the corrected age). Premature babies, by definition, are those born before 37 weeks of gestation. Such individuals catch up to normal at about two years of age.

The most widely distributed standard gestational curves are those of Lubchenco et al. (Fig. 4.2). However, compared with North European measurements, they differ considerably after the 37th gestational week. Thus we have also provided the standard curves of Voigt et al. (Fig. 4.4), which are comparable to the gestational age curves of most European centers.

Pitfalls When the head is tipped forward or up, the measurement may be increased. Lack of full extension of the legs or mild contractures of knees or hips, particularly in newborns, will give artificially shortened measurements.

Instruments Ideally, a stadiometer (stable, accurate measuring device) with a moveable headboard is used. Alternatively, a type-measure may be fixed to the wall from the floor upward to at least six feet and a right-angle board used to mark the point of greatest height (Fig. 4.5b).

Position The patient should stand upright, with the back against the wall and the head erect (Frankfort horizontal plane), facing forward, and looking straight ahead. The patient should be gently straightened upright; the heels placed together; buttocks and shoulders should be in contact with the wall or measuring device. The moveable headboard is lowered gently until it touches the top of the head. Appropriate clothing should be worn: no socks or shoes (Fig. 4.5).

Alternative A door jamb or the wall and a tape-measure can be used if a stadiometer is not available (Fig. 4.5b). The patient stands straight in the position described above, with heels together against the door jamb. Heels, buttocks, and shoulders should be in contact with the vertical door jamb.

Figure 4.5 Measuring standard height with a stadiometer (a) or a tape-measure (b).

Remarks Repeat the measurement. The patient has to step off after the first measurement and take the position again in between measurements.

The total standing height (upright position) in the 2- to 18-year-old is 1-2 cm less than the total body length (recumbent position). The growth of a normal child usually follows one particular percentile.

Any rapid movements above or below this percentile should be a reason for close follow-up and, if necessary, for further diagnostic procedures.

There are significant differences between the growth charts used in North America and those used for some European countries. The data widely used in North Europe show, for example, that the 50th percentile at one year of age equals the 75th percentile in the North American growth charts. Thus we provided two sets of growth charts, one with North American standards (Figs. 4.7, 4.8, 4.11, 4.12) and one for European standards (Figs. 4.9, 4.10, 4.13, 4.14). It is important to use one or the other standard consistently when making comparisons over time.

Pitfalls If the patient is unable to stand, the recumbent length should be measured, recognizing that it will be slightly greater than total standing height.

In individuals with contractures of the legs, the tape is worked along the middle of the patient's leg along the angle of the contracture as in the illustration (Fig. 4.6) to estimate total length.

Figure 4.6 Measuring an individual with contractures by "walking the tape."

Figure 4.6 Measuring an individual with contractures by "walking the tape."