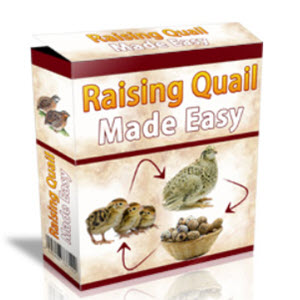 Plants are always "seeking the light desiring the sunshine,... unconscious of either" (Joseph Conrad, Almayer's Folly, 1895). Plants evolved from organisms like simple photosynthesizing cyanobacteria into large organisms with many leaves that allow the plant to maximize photosynthetic activity.They depend on light for many aspects of their life cycle, including photosynthesis, photoperiodism, photomovement, and development, flowering, and seed germination. Although they are sessile, they have become exquisitely adept at responding to and exploiting variation in light duration, quality, quantity, and direction (Neff et al. 2000), and in the kind of intra-organismal independence mentioned in Chapter 8, different parts of a plant can respond independently (only some branches need move in a given direction).

Plants can respond with both positive phototropism, or movement toward the light by the leaves and stems, and negative phototropism, or movement away from light by the roots, responses that are mediated by the hormone auxin (light is only one factor in the direction of growth of a seedling however; shoots grow upward even when a plant is growing in complete darkness and roots downward, due to positive and negative gravitropism). Chloroplasts in the leaves move toward light to maximize the capture of photons, and the stomata (pores in leaves) respond to light by opening (see Figure 14-7A for a drawing of a chloroplast). Plants respond to more than simply the presence or absence of sunlight, but also to wavelength, intensity, and directionality of light as well as length of day. They use these cues to modulate their growth and development, in a process called photomorphogenesis.

A number of photoreceptors and photopigments have evolved to exploit whatever light they can get. These are coded by genes in three classes related to cryptochromes and phototropins (UV-B, UV-A, blue), and phytochromes (red/far-red), inducing expression of the appropriate response genes (e.g., Quail 2002).

Homologies have been found between some plant and animal photoreceptors. Among other light-induced responses in plants, cryptochromes are involved in the regulation of circadian rhythms and the timing of flowering. A diverse family of photoreceptors, cryptochromes, are found throughout higher eukaryotes, both plants and animals, including humans (Lin 2002), where they are involved in regulation of circadian rhythms. Cryptochromes share protein structure and composition of the chromophore with microbial DNA photolyases, or DNA repair enzymes. Phy-tochromes homologous to those in plants have been found in cyanobacteria (Quail 2002), and the "photosensory domain" is highly conserved between phyla. Opsin-like photoreceptors may also be found in plants; they are in green algae, and retinal has been purified from plants.

Plants build carbohydrates from light energy and raw materials from water and CO2. In the natural cycle of the biosphere, they obtain hydrogen from water and carbon and oxygen from the CO2 expelled into the atmosphere by animals. The carbon and O2 are taken into leaves through stomata, and water is taken up by roots and circulated up through the vasculature to the leaves, where the light energy is used to break down the raw materials into hydrogen, carbon, and oxygen, which are then recombined into carbohydrates. The plant subsequently uses these carbohydrates as energy, stores them, or builds them into more complex molecules such as oils or proteins.

Photosynthesis is initiated by "visible" light in the 400-700nm range, primarily red and blue light. This is a complicated electrochemical process and will only be sketched out lightly here. Light is absorbed by chlorophyll a and b and carotenoids, which are pigment molecules in the chloroplasts of green plants. These pigments absorb green light poorly—it is the reflection of the light at the green wavelengths that causes chlorophyll-laden plants to appear green.

There are 200 to 300 pigment molecules bound to protein complexes in the pho-tosynthetic, or thylakoid, membrane of the chloroplast (Figure 14-7B), and they form an antenna system that absorbs light energy and transfers it in the form of excited electrons to a chlorophyll molecule that serves as a reaction center. The reaction center then transfers its high-energy electrons to an acceptor molecule in the electron transport chain. High-energy electrons are then transferred through several membranes, for synthesis of ATP and the electron-carrier NADPH, which is used later for the synthesis of carbohydrates from CO2 and water.

Photoreceptors to UV-B light are important in the development of seedlings (Fankhauser and Chory 1999). Cryptochromes (CRY1 and CRY2) and nonpho-totropic hypocotyls1 (NPH1) detect UV-A and blue light, respectively. The cryptochromes are important in seedling development as well as the transition to flowering, whereas NPH1 and other factors are important for phototropism. Pho-totropins, of which there are at least two in the laboratory model plant (the mustard family member Arabidopsis), control growth and movement toward the light source.

Phytochromes are important in many aspects of plant development (Fankhauser and Chory 1999). These are used in the detection of neighboring vegetation and the initiation of shade avoidance, the measurement of day length and light exposure and the consequent initiation of reactions to day length and duration of light exposure so that flowering occurs at the appropriate time and the like, and the control of the timing of reproduction.

Phytochromes are encoded by small and evolutionarily very old multigene families (Quail 2002), with structural similarity to prokaryotic histidine kinases, although the plant proteins phosphorylate the amino acids serine and threonine rather than histidine or aspartate. Arabidopsis has five known phytochromes, A to E, which play a role in plant development at all stages. Photoreceptors for light essential to growth apparently have multiple interactions that provide complementary or redundant ways through common transcriptional pathways. Phytochromes are pigmented proteins that can convert between two spectrally distinct forms, Pr, a red-absorbing form, and Pfr, a far-red-absorbing form. Photoconversion of Pr to Pfr induces a range of developmental responses in the plant, which have been shown to halt when Pfr converts back to Pr, showing that Pfr is the active form of the receptor.

Biological pathways in plant light response involve familiar elements of gene regulation (Quail 2002). For example, although plants have far fewer than animals, some G proteins have been identified as components in the phytochrome signaling pathway. They induce chlorophyll biosynthesis, among other functions, as well as the expression of many light-regulated genes. Light-induced changes in ion transport across the cell membrane, and other kinds of signal transduction, are apparent, but they have not yet been characterized in detail (Fankhauser and Chory 1999; Quail 2002). Essentially, many aspects of plant metabolism, growth and reproduction rely on light and plants have elaborate gene-regulation signal transduction mechanisms that respond to different aspects of received light, which involve several gene families specific to plants.

Sick Of Going Round In Circles With Your Dieting? You're About To Discover The Easiest Way To Drop The Fat Once And For All, And Start Living The Life You've Always Dreamed Of This book is one of the most valuable resources when looking at starting a low carb die.

Quail Farming on a Small Homestead