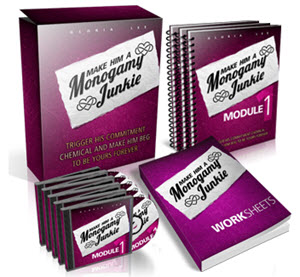 The Ambassidae spawns demersal eggs that are scattered on vegetation in freshwater; in marine and brackish waters, these fishes appear to spawn pelagic eggs. The larvae are pelagic, although those of freshwater species hold close to shelter. Some species of the Polyprionidae reportedly aggregate to spawn during summer months. Their eggs and larvae are pelagic. Details about deep-dwelling species are largely unknown, but it is assumed that they have a similar life history pattern. The reproductive behavior and ecology of the Serranidae is complex owing to the diversity of taxa within this family. Serranine fishes are hermaphroditic, but unlike other serranids this hermaphroditism is simultaneous rather than sequential. Thus, mature fishes can produce both eggs and sperm simultaneously. Courtship in these fishes may involve considerable ritual, as in the hamlets (Hypoplectrus), or virtually none at all, as in the genus Serranus. In the latter case, it has been hypothesized that a rapid spawning ascent without much visible courtship is a mechanism that prevents rivals from parasitizing spawning events by sneaking or streak ing during the spawning rush. Sometimes, however, triad or group spawning occurs. Eggs and larvae of these fishes are probably pelagic. Anthiine fishes include protogynous hermaphrodites, small single-male or larger multi-male haremic mating systems, pelagic spawning, and pelagic eggs and larvae. Courtship and spawning begin around sunset. Spawning is seasonal at higher latitudes but may spawn nightly at low latitudes. Epinepheline fishes include protogynous hermaphrodites (sex change from male to female) and secondary gono-chorists (primary males within the same species). Mating systems may be haremic (e.g., in the genus Cephalopholis or in smaller Epinephelus species) or in pairs or groups within spawning aggregations (e.g., larger Epinephelus or Plectropomus species). At low population densities, some aggregating species appear to have haremic mating systems. Courtship usually commences prior to sunset with spawning after sunset and into darkness. Spawning, eggs, and larvae are pelagic. Little is known about the reproductive biology of soapfishes (tribes Diploprionini and Grammistini) and Swissguard basslets (tribe Liopropomini). They may be either protogy-nous hermaphrodites or secondary gonochorists (derived from hermaphroditic ancestors). Mating systems may be monogamous or haremic. Spawning is presumed to be pelagic, as are the eggs and larvae.

Little is known about the reproductive behavior of the Callanthiidae. Eggs and larvae are pelagic, however. Members of the Pseudochromidae are demersal spawning fishes. Females lay a ball of eggs that are fertilized and then guarded by males; alternately, some species are mouthbrooders. The Plesiopidae spawns demersal eggs on the undersides of rocks; alternately, they are mouthbrooders. Eggs are bound together into a small mass by chorionic filaments. The Glaucosomati-dae do not change sex. Although the details of this family's reproductive biology are not well known, courtship and spawning are pelagic and eggs are broadcast over the bottom. Larvae are pelagic. In western Australia, one species spawns through the summer. The Opistognathidae practices mouth-brooding and cares for a ball or small mass of eggs that is tightly bound together by chorionic filaments. Although the details of courtship and spawning are largely unknown, the Priacanthidae may spawn in aggregations and produce pelagic eggs and larvae. Most species of Apogonidae are mouth-brooders. Eggs are spherical or spindle-shaped and range in size depending upon the species, and the larvae disperse (albeit poorly in a number of species) pelagically. The larvae of one species, the Banggai cardinalfish, Pterapogon kauderni, do not disperse; this life history trait explains this species' limited geographical distribution.

The reproductive biology of the Sparidae is complex. Many species are hermaphroditic, changing from one sex to the other with growth, while others are simultaneously so. Most species spawn pelagic eggs but some deposit demersal eggs in nests. The larvae are pelagic. The Lethrinidae include a number of species that are protogynous hermaphrodites. Spawning aggregations have been reported for some species, with courtship commencing after sunset. Spawning for many species occurs at peaks around the new moon and also seasonally. Spawning is pelagic, as are the eggs and larvae. Pro-togynous hermaphroditism has also been reported for the Nemipteridae. Spawning, eggs, and larvae are also pelagic. The reproductive biology of the Polynemidae is largely unknown. These fishes appear to be pelagic spawners; their eggs and larvae are pelagic. Although considerable effort has been devoted to the study of the eggs and larvae of the Sciaenidae (mainly for aquaculture purposes), surprisingly little is known about their reproduction in nature. A number of species are known to form spawning aggregations during summer and well into late autumn at lower latitudes. Males often produce drumming noises during courtship of females. Spawning is known to be pelagic for these species, as are their eggs and larvae, but other species have larvae, and perhaps eggs and spawning, that are demersal.

This is not another general fish hobby ebook you come across often. This ebook has valuable information that comes from years of research by many experience experts around the world who share the same interest you and me have..... Betta Fishes.