SLI is estimated to affect ~2-7% of pre-primary school children and is diagnosed if significant language deficits are present despite adequate educational opportunity and normal nonverbal intelligence (Law etal., 1998). Alternative diagnoses of medical and developmental disorders such as deafness and autism must be excluded before a diagnosis of SLI is given. Features such as the orofacial dyspraxia found in the KE family would exclude a diagnosis of SLI. A continuum of language impairment exists, depending on the level of articulation and verbal expression, the ability to produce speech sounds, and verbal comprehension of others. SLI has been classified into subtypes, but it is possible that the variability seen in the phenotype reflects severity of impairment and the developmental stage of the child rather than an expression of specific deficits. Early evidence from a longitudinal study of language-impaired twins found that the majority (65.9%) of individuals diagnosed with early language delay at two years had resolved spontaneously by four years. This indicates that the provision of speech and language treatment at a very early age may be inefficient and unnecessary (Dale et al., 2003) and that differentiating between delay and impairment, especially in young children, is a complex task. It remains unresolved how best to identify individuals requiring intervention where there is concern for speech and language delay. Some children will benefit from speech therapy and compensate for their difficulties as adults, but many do not and experience lifelong language difficulties and associated social problems.

Evidence for a genetic component to SLI

There is an increased frequency of language impairment in first-degree relatives of probands with SLI and the rate of SLI in monozygotic twins is elevated compared to dizygotic twins. Table 31.1 shows SLI twin concordance and prevalence rates. Family studies of SLI do not observe a traditional

Figures in brackets are for a broader spectrum of cognitive and social abnormalities characteristic of autism. (Lamb etal., 2002; SLIC, 2002; Fombonne, 2005).

Mendelian pattern of inheritance or detect simple co-segregation between genotype and phenotype indicating that multiple genes may be involved. The heritability of SLI was estimated to be 0.45-0.95 by early studies (Bishop et al., 1995; Tomblin and Buckwalter, 1998) but a high herit-ability of language impairment has not been consistently found. However, recent analysis of data from a large sample of 6-year-old twins finds a high heritability which supports the earlier findings (Bishop et al., 2006). Interestingly, male twin pairs have a higher concordance rate than female twin pairs and SLI is increased in males compared to females, with a ratio of ~2:1, indicating a possible sex-linked effect (or sex-limited susceptibility). The substantial variation in prevalence rates reported for SLI are to a large extent due to study design and clinical assessment. As well as twin concordance studies, evidence for a genetic component to SLI also comes from estimating the heritabilities of quantitative measures of language ability, such as the Clinical Evaluation of Language Fundamentals-Revised (CELF-R) (Bishop et al., 1999) and the MacArthur Communicative Development Inventory (MCDI) (Dale et al., 1998). Additionally, prospective studies of infants with a family history of language impairment have found an association between temporal processing ability and later language outcome, indicating the presence of genetic risk before expressive language acquisition (Benasich and Spitz, 1998).

Measures commonly used to assess language ability include the CELF-R, which consists of tests for expressive language and receptive syntactic-language abilities (the ordering of words in phrases and sentences). An additional test of non-word repetition, where subjects repeat nonsense words of increasing complexity such as ''contra-mptionist,'' has also been developed. This test is a good index of phonological short-term memory and thought to be a sensitive measure for language impairment (Bishop et al., 1999). The Test of Language Development (TLD), which assesses comprehension, expression, syntax, grammar and phonology, can also be used to measure language impairment. Alternatively, the Children's Communication checklist (CCC) allows parents and teachers to evaluate communication impairments and avoid lengthy clinical assessments of children.

Epidemiological studies of SLI indicate the presence of a strong genetic component. However, a multigenic rather than simple genetic mode of inheritance is suggested and a highly variable phenotype is observed. This precludes the use of simple parametric analysis based on a known model of inheritance. The problems of clearly distinguishing between affected and unaffected family members adds further complexity to dissecting the genetics of SLI and indicates that a quantitative trait approach may be most powerful for determining the location of susceptibility genes.

Core autism is composed of a triad of behavioral abnormalities including impairments in verbal and non-verbal communication, restricted social interaction and repetitive or stereotyped behaviours. Onset is around two years of age and clinical diagnosis can usually be made by four years of age.

Similarly to SLI there are sex differences in prevalence, with three to four times as many males affected compared to females (Chakrabarti and Fombonne, 2001). The autism spectrum encompasses a range of disability outside the core definition of the disorder; the different diagnoses within this spectrum are collectively known as pervasive developmental disorders (PDDs). The population prevalence of autism is approximately 13 per 10 000 and this rises to almost 60 per 10000 when all PDDs are considered (Fombonne, 2005). Affected individuals require different levels of assistance, from full time care in the most severely affected individuals, to independent living in high functioning individuals with Asperger's syndrome.

Evidence for a genetic component to autism

Support for a genetic contribution to autism comes from both twin and family studies. Monozygotic twins have a higher concordance rate compared to dizygotic twins and siblings of a proband with autism are over 20 times more likely to have autism compared with the general population, as shown in Table 31.1. The considerable decline in prevalence rates with decreased degrees of relatedness indicates a polygenic mode of inheritance and latent class analysis suggests between three and ten genes are likely to be involved (Pickles et al., 1995).

The principal clinical diagnostic instruments for autism are the Autism Diagnostic Observation Schedule-Generic (ADOS-G), an interactive interview for observing social and communicative behaviour, and the Autism Diagnostic Interview-Revised (ADI-R), an interview for caregivers of individuals with autism. Traits examined include: frequency of eye contact; quality of imaginative play; ability to form friendships; and rigidity in routines. Assessment for autism also generally includes standardised measures of both performance and verbal IQ. These instruments are able to distinguish between core autism and other PDDs. The presence of a broader autistic pheno-type in family members has also been reported with mild abnormalities present in one area of functioning, such as language (Pickles et al., 2000). It is worth noting that formally measuring language levels in autistic individuals is challenging because of both their social deficits and variations in their ability to perform in structured tasks (Tager-Flusberg, 2000).

Almost 30% of individuals with autism never develop functional language (Rapin, 1998) and additional individuals lose acquired language skills following developmental regression around two years of age (Lainhart et al., 2002). The phenomenon of autistic regression, although it accounts for only 20% of cases, has led to speculation on possible environmental triggers for autism, including vaccine administration; particularly the MMR (measles, mumps, rubella) vaccination. There is no evidence from large-scale epidemiological studies that the MMR is associated with autism. In fact one of the largest studies to date, in a Danish cohort of over half a million children, found that receiving the vaccination was mildly protective for autism (Madsen et al., 2002). For a review of MMR and autism epidemio-logical studies see (Fombonne and Cook, 2003; Rutter, 2005).

Clues to the neurological basis of autism have emerged from neuropathological examinations, although there is no consensus between studies. Forebrain abnormalities, cerebellar pathogenesis and cortical dysgenesis have all been described by different studies but none of these findings have been replicated (Lord and Bailey, 2002). However, a consistent observation in samples of autistic individuals is macrocephaly, and there is good evidence that autistic individuals follow an abnormal pattern of brain growth (Aylward et al., 2002; Hazlett et al., 2005). Neurochemical differences have also been described for autistic individuals but there is little understanding of any clear causal link with autism.

Autism is one of the most heritable developmental disorders, estimates of broad heritability are over 0.90 (Bailey et al., 1995), with multiple interacting genes likely to be involved in its pathogenesis. As with SLI, a broad spectrum of disability exists and there are difficulties in delineating clear diagnostic categories. Because of the low frequency of autism, establishing the heritability of particular measures for quantitative analysis is problematic. However, employing strict diagnostic criteria makes possible a non-parametric qualitative approach to linkage analysis.

Is there a cause or cure for autism? The Complete Guide To Finally Understanding Autism. Do you have an autistic child or know someone who has autism? Do you understand the special needs of an autistic person? 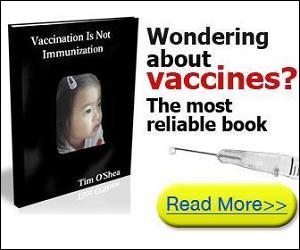