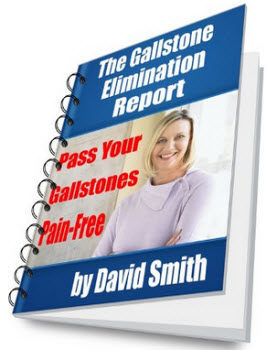 The Genetics and Pathophysiology of Hereditary Spherocytosis

Figure 7.1 Spherocyte. Note the density of the cell with respect to the other red cells in the background.

European origin, with an incidence of 1:5000.1 The mode of inheritance in 75% of individuals is autosomal dominant, while the other 25% have an autosomal recessive presentation. The defect in the disorder is a deficiency of the key membrane protein, spectrin, and, to a lesser degree, a deficiency of membrane protein ankyrin (see Chapter 3) and the minor membrane proteins band 3 and protein 4.2. The red cell membrane disorders have been clearly defined genetically, with five gene mutations implicated in HS: ANK1 (ankyrin), SPTB (spectrin, beta chain), SLC4A1 (band 3), EPB42 (protein 4.2), and SPTA1 (spectrin, alpha chain).2 Spectrin and ankyrin are part of the cytoskeletal matrix proteins that supports the lipid bilayer of the red cell. These proteins are responsible for the elasticity and deforma-bility of the red cell, crucial properties, because the average red cell with a diameter of 6 to 8 pm must maneuver through circulatory spaces of much smaller diameter. The normal red cell is capable of stretching 117% of its surface volume (see Chapter 3) only if spec-trin and ankyrin are in the proper amount and fully functioning. The red cell membrane in patients with HS is stretchable, but it is less elastic and can only expand 3% before it ruptures.3 The spleen is a particularly caustic environment for spherocytes, with its low pH, low ATP, and low glucose. Spherocytic red cells also exhibit problems with membrane diffusion. The active passive transport system of normal red cells allows ions and gasses to pass across the red cell membrane in a balanced and harmonious fashion. As a result of the defective membrane proteins, the active passive transport system is disrupted and spherocytes accumulate sodium at a higher rate than for normal red cells in the splenic microenvironment. They are less able to tolerate changes in their osmotic environment before they swell and lyse.4 Once an individual with HS has been splenectomized, red cell survival is more normal, giving fewer complications from chronic hemolysis. There is no evidence of spherocytes in the bone marrow environment indicating that this phenomenon occurs strictly at the level of the peripheral circulation.

Clinical presentations in HS are heterogeneous and range from disorders of lifelong anemia to those with subtle clinical and laboratory manifestations. Typically the patient with HS will manifest with anemia, jaundice, and splenomegaly. Splenomegaly of varying degrees will be the most common presenting symptom, followed by a moderate anemia and recurrent jaundice, usually in younger children.5 Older individuals will have a well-compensated hemolytic process with little or no anemia. Compensated hemolytic processes indicate that the bone marrow production and destruction have reached equilibrium and that the peripheral indicators of hemolysis may not be present. Reticulocytosis will be a standard feature of individuals with HS as evidenced by polychromatophilic macrocytes on the peripheral smear and reticulocyte counts ranging from 3% to 10%.6 The peripheral smear will also show sphe-rocytes in most patients with HS; however, the number of spherocytes varies considerably from field to field. Spherocytes are a distinctive morphology and are recognized as dense, small, round red cells lacking central pallor. With careful observation, the trained eye should be able to isolate and recognize spherocytes from the normal red cell population on the peripheral smear.

Patients with HS will show a moderate anemia, and 50% will show an elevated MCHC of 36% or greater, a significant finding in the CBC. The MCV will be low normal and RDW will be slightly elevated. Taken together, an increased MCHC combined with an elevated RDW adds strong predictive value in screening for HS.7 Increased bilirubin is a frequent finding, owing to continued hemolysis, and younger patients tend to form gallstones. Cholelithiasis, or the presences of gallstones, is a common complication of patients with HS8 and occurs with greatest frequency in adolescents and young adults. Get Rid of Gallstones Naturally