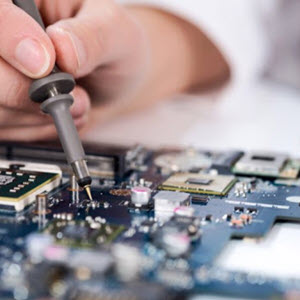 Muscles are composed of bundles of long and thin cells that are called muscle fibers. Bundles of skeletal muscle fibers are encased by a dense fibrous connective tissue layer called the epimysium. Bundles are separated from each other by connective tissue fibers of the perimysium, and within each bundle the muscle fibers are surrounded by a delicate network of reticular fibers called the endomysium. Scattered satellite cells lie between the endomysium and the muscle fibers. These cells function in the repair of the damaged muscle tissue. The connective tissue fibers of the en-domysium and perimysium are interwoven. These fibers converge at each end of the muscle to form tendons. Tendons are a bit stiffer than ligaments. They are woven into the fibrous outer layer of bone. This mesh-work provides an extremely strong bond. As a result, any contraction of the muscle exerts a pull on the bone to which it is attached. Tendons not only transmit the muscle force to the ends of bones but they also have a stabilizing influence on articulations. In the case of the shoulder joint, the tendons that cross the shoulder joint reinforce the joint more effectively than the ligament reinforcements. The tendon of the long head of the biceps secures the head of the humerus tightly against the glenoid cavity of the scapula.

Approximately 70% of all tendon injuries are sports related. If the elongation of tendon is less than 4% in an activity, the tendon will return to its original length when unloaded. Above this strain level, however, crosslinks between the fibers of a tendon may begin to fail and some fibrils may rupture. Higher loads such as occur in an accidental fall result in the macroscopic rupture of the tendon. Examples of tendon disorders include achilles tendinitis, caused by running, patellar tendinitis, the result of running and jumping, and carpal tunnel syndrome of the tendons of the wrist and the fingers and tennis elbow, from the overuse of wrist extensor muscles. In most cases, resting the tendon may alleviate the problem. The treatment of tendon injuries may prove difficult because of the need to preserve the balance between resting the injured tendon and preventing atrophy of the surrounding muscles and joints.

Muscle fibers measure as much as 30 cm in length. In the contracted state, a muscle fiber can produce a tensile force of 50 N/cm2 of cross-sectional area. The force of contraction depends strongly on the temperature.

For a given stimulus, the peak force that can be developed increases with increasing temperature. One purpose of the warm-up period preceding athletic activity is to increase the temperature of the muscles so they produce greater forces during the subsequent athletic activity. Another purpose of warm-up is to stretch the muscle, as the peak tensile force a muscle fiber can generate also depends on the length of the fiber at the initiation of the contraction. A fiber that contracts from a prestretched condition develops forces greater than that of a fiber contracting from resting length.

A muscle fiber can produce tensile force while shortening. However, the faster a fiber shortens, the less force it can exert. Experiments with single muscle fibers indicate that there is a maximum speed of shortening above which a muscle cannot shorten fast enough to keep up with the apparatus driving the shortening. The single muscle fiber experiments also show that when a muscle is forcibly stretched it can exert very large forces, up to a limit; excessive forces acting on the muscle can cause it to tear.

Muscle cells convert chemical energy found in fatty acids and blood sugar glucose into movement and heat. Muscle fibers contain thousands of smaller strands called myofibrils. The smallest contractile unit of a myofibril is called a sarcomere. As shown in Fig. 1.9, a sarcomere is composed of thin and thick filaments; the actin-rich filament is called the thin filament and the myosin-rich filament is called the thick filament. Actin and myosin are protein molecules that are associated with motility in living systems. Relative translation between thick and thin filaments is responsible for much of the change in length of a muscle during contraction (Fig. 1.9). According to the sliding filament theory of muscle contraction, myosin heads on the thick filaments (crossbridges) interact with actin-binding sites on the thin filaments. The crossbridges are presumed to generate force only when they are attached to actin.

Skeletal muscle must be stimulated by the central nervous system before it contracts. Messages to activate a muscle travel from the brain to the nervous system and to individual muscle fibers. These signals are carried by nerve cells called motor neurons. The amount of tension produced by a skeletal muscle depends on both the frequency of stimulation and the number of motor units involved in the activation. In the muscles of the eye, a motor neuron might control only two or three fibers because precise control is extremely important. On the other hand, in leg muscles more than 2000 fibers are controlled by a single neuron. All the fibers in a motor control unit contract at the same time. Even when a muscle appears to be at rest, some motor units in the muscle may be active. The contraction of the activated muscle fibers does not produce enough pull to cause movement but they do tense the muscle. The resting tension in a skeletal muscle is called muscle tone. Resting muscle tone stabilizes the positions of bones and joints and maintains body position.

Figure 1.9. A simplified schematic diagram of thick and thin filaments during two stages of contraction. According to the sliding filament model of muscle contraction, muscle force is generated by the interaction of myosin heads on the thick filament with the actin sites on the thin filament. This interaction becomes biochemically favorable immediately after the stimulation of the muscle by the central nervous system.

Figure 1.9. A simplified schematic diagram of thick and thin filaments during two stages of contraction. According to the sliding filament model of muscle contraction, muscle force is generated by the interaction of myosin heads on the thick filament with the actin sites on the thin filament. This interaction becomes biochemically favorable immediately after the stimulation of the muscle by the central nervous system.

In a convergent muscle, muscle fibers are based over a broad area, but all the fibers come together at the common insertion site (Fig. 1.10c). In this muscle the direction of the pull can be changed by activating one group of muscle cells at any one time. When all the cells in this muscle group are activated at once, they generate less force than a parallel muscle of the same size. This is because muscle fibers on opposite sides of the

tendon pull in different directions, and thus the resultant force is smaller than the absolute sum of its parts. In a circular muscle (Fig. 1.10d), the fibers are concentrically arranged around an opening such as the mouth. When the muscle contracts, the diameter of the opening decreases.

According to their primary functions, muscles are grouped into three categories. A prime mover (agonist) is a muscle whose contraction is chiefly responsible for producing a particular movement. For example, the biceps is made up of two muscles on the front part of the upper arm that are responsible for flexing the forearm upward toward the shoulder. A synergist muscle contracts to help the prime mover in performing the movement of a bone. Synergist muscles may assist the prime mover at the initiation of motion or help stabilize the point of origin. Antagonists are muscles whose action opposes that of the agonist; that is, if the agonist produces flexion, the antagonist will produce extension. When an agonist contracts to produce a particular movement, the corresponding antagonist will be stretched. The tension in the antagonist is adjusted by the nervous system to control the speed of the movement and ensure the smoothness of the motion. The triceps of the upper arm act as antagonist to the biceps. In this capacity, they play a role in stabilizing the flexion movement.